New Zealand – at least five people have been killed as the White Island volcano erupted on Monday according to Seoul’s foreign ministry, there were no reports of South Korean casualties.
The government is closely monitoring the situation and will offer a cost of the support if needed.
Here are some updates of New Zealand’s most active volcanoes erupted on Monday killing at least five people and leaving several others injured or missing.

“Unfortunately, we can confirm there are five people now deceased from the eruption on White Island.
A number of other people have been taken to FACA, tiny Hospital and little more Hospital.
The White Island volcano erupted at around 2 p.m. local time around 50 kilometers away from the eastern coast of North Island in New Zealand, “

Speaking to reporters on Monday New Zealand’s prime minister said foreign visitors were on, or near the island when the incident occurred, and said that emergency authorities are doing everything they can police search and resuce supporting the National Emergency Management Agency.

Following an eruption at White Island off the coast of “Fuckit” on a police were eluded at 2:17 p.m. a number of people are reportedly injured and are being transported to safe area.
Sure, many of the missing are tourists from the Ovation Of The Seas cruise ship in property of Royal Caribbean International, and local tourists as well, for the island is a popular travel destination.
Authorities initially believed a hundred people were near the eruption site but later changed a number to about 50.
The white island was also covered in ash and volcanic material with a massive ash plume shooting thousands of meters up into the sky 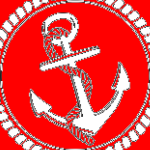 1 thought on “NEWS: Some Of Passengers From Ovation of the Seas Missing Or Injured From White Island Volcano Eruption”